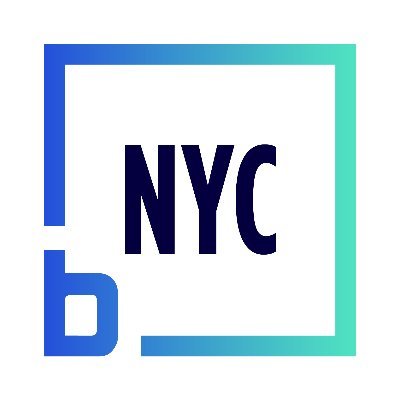 If you’ve ever rented, you know how lousy the experience can be. For one, it’s difficult to find a place you like, and usually requires taking days off work to go apartment hunting. Once you find a place, it’s massively expensive upfront — broker fees, security deposits, moving fees, the cost of buying furniture. Then, you’re usually tied to a 12-month lease, which really limits things. And more often than not your landlord is overwhelmed, which means slow response times when it comes to things like maintenance requests.

At first blush, it looks like the whole system is broken because of landlords. They must be greedy robber barons who don’t care about their tenants, right? NYC-based entrepreneur Daniel Mishin says this is not the case. In fact, they’re also victims of the much larger, antiquated rental process as well.

“The majority of landlords are mom-and-pop landlords. The majority of rentals are owned by someone who is 60 to 70 years old who worked their entire life to buy this asset. And their life is equally as difficult as it is for the tenants,” Mishin told Built In. “It’s a pretty antiquated experience. It’s pretty broken for everyone.”

That’s why he founded June Homes, a proptech startup that he says “takes a fresh look” at how the real estate industry works for both tenants and landlords.

The company announced Wednesday it is emerging from stealth with $50 million in total funding. SoftBank Ventures Asia led the latest round — a $27 million Series B. The company also announced it previously raised a $13 million Series A that was also led by SoftBank, as well as a $10 million seed round.

Any apartment on the June Homes platform can be rented for one to 18 months, and can come furnished, unfurnished or partially furnished, depending on what the tenant wants. It also provides 24/7 support once the tenant moves in. All they have to do is send a message through the app, and June Homes handles the rest. Plus, there are no management, transaction or broker fees.

And because June Homes works mainly with older apartments that tend to be outdated (Mishin calls them “untapped potential”), the company has also developed technology that can detect mispriced apartments and offer upgrades and renovations in less than 72 hours. In the end, the company claims it can fill empty apartments 10x faster than traditional legacy systems, which is good for landlords.

Although it is just now coming out of stealth, June Homes has already signed on thousands of tenants across NYC, Washington, D.C., San Francisco, Los Angeles, Philadelphia and Boston. Over the last six months, the company says it has experienced a 150 percent increase in tenant demand, and a 137 percent increase in unit growth. Of course, this level of growth isn’t by accident — it is an indication of a much larger trend being experienced in the real estate industry right now. Because of the pandemic, people don’t want to be tied to one city year-round anymore, so they’re hungry for alternatives.

This trend has resulted in a flurry of other investments in the real estate tech space. Earlier this week, Blueground, another NYC startup that allows flexible rentals, raised $180 million. And proptech unicorn Pacaso recently closed on a $125 million Series C — its second funding round in six months.

What sets June Homes apart, however, is its ability to make flexible renting affordable, Mishin says. Instead of working with luxury buildings with doormen and gyms, the company focuses on mom-and-pop landlords with units in smaller, multi-family buildings, which allows them to charge more reasonable rents.

June Homes says this model has been particularly appealing to Gen Z, who enjoy the flexibility, ease and customizability of its rental units. It has also attracted the attention of celebrity investors like Demi Lovato, who recently came on as an angel investor.

Looking ahead, Mishin says June Homes will triple its 144-person team before its next round of funding. Until then, the company will expand into three or four new markets in the U.S. in the next couple of months, and will eventually go global.

“I think that [the real estate industry] is going to go from being very local to being very global,” Mishin said. “I feel like, 20 years ago, this wouldn’t have been possible. It’s only possible now because of technology, because of business processes, because of the shift in consumer behavior that happened partially because of the pandemic.”